For the first time since 2020, L.A.’s art-fair scene is set to flourish once again with the return of Frieze Los Angeles this February. Plus, running concurrently, the Felix art fair is coming back at full capacity (after a smaller outing last summer) and a host of gallery and museum shows are set to open in the city, which will this fall welcome the first L.A. outpost of blue-chip Lisson Gallery and which recently saw the reopening of The Underground Museum (3508 W. Washington Blvd.) after being closed for two years.

CAA agent and collector Thao Nguyen recommends seeing the latter’s show of works by the late painter and museum co-founder Noah Davis. “It’s a beautiful welcome home to see Noah’s works, full of possibility, love and hope, in a space he created for his family, friends and beyond,” says Nguyen.

Read on for a look at the Frieze, Felix and Spring/Break art fairs taking place this coming week as well as a day-by-day guide (Feb. 14 to Feb. 20) to opening receptions, private parties, art talks and more events happening during L.A.’s Frieze Week.

With a new director, Christine Messineo, and a new location — in a tent adjacent to The Beverly Hilton, replacing the Paramount Studios lot — Frieze Los Angeles returns to the city Feb. 17, opening with an invite-only preview and running through Feb. 20. Its new, larger tent will accommodate more than 100 galleries, up from 70 in previous years. Galleries from 17 countries will be represented.

“There was always a lot of excitement around Los Angeles and a lot of demands to participate, and we are now able to accommodate that,” says Messineo of the fair, which was canceled in 2021 because of the pandemic. In 2020, visitors included Jennifer Lopez, Leonardo DiCaprio, Joey Soloway, Jason Statham, Amy Poehler, Chelsea Handler and James Corden. Endeavor has been the majority owner of Frieze since 2016.

“I think people are really ready to come to a physical fair,” adds Messineo, “and there is this sense of community-building that can happen at a fair.” And even the now-waning wave of omicron cases in L.A. has not deterred gallerists, she says. “We have seen a surge in ticket sales, even though we had moments of a COVID high. We have VIPs and museum goods coming from all over the world.”

Returning L.A. galleries include Blum & Poe, The Box, Château Shatto, and Commonwealth and Council. One newcomer to the fair is New York’s Sean Kelly, making its presence felt in L.A. ahead of opening a West Coast satellite gallery later this spring on Highland Avenue. And while L.A.’s Kayne Griffin and mega-gallery Pace will be showing separately at Frieze, the two have announced that they plan to merge later this spring.

“Frieze can be insanely overwhelming if you are not used to it,” says art collector and Pulse Music Group co-CEO Josh Abraham, who recently shared highlights from his private collection with THR. “My advice is to walk the show, ask as many questions as you need, introduce yourself to the galleries and do a couple of laps.”

(Frieze had originally planned for sculpture installations in Beverly Gardens park to accompany the fair, but the concept was scrapped in late January amid pandemic delays.)

9900 Wilshire Blvd., frieze.com (tickets from $227 for the Friday preview; $75 to $95 for weekend general admission); proof of vaccination or negative COVID-19 test required.

Sixty galleries, representing such cities as Los Angeles, London and Berlin, will take over the hotel’s poolside cabana rooms as well as two floors in the hotel’s tower. “We did a summer edition last year with only L.A. galleries around the pool,” says Valentine. “This year is the regular Felix experience.” In past years, Brad Pitt, Max Greenfield, Jon Hamm, Leonardo DiCaprio and Abbi Jacobson have attended Felix.

As for Frieze leaving behind Hollywood for Beverly Hills? “They’ve gone uptown. We’re still where the funk is,” says Valentine.

Spring/Break will also spotlight a first-time solo show by Search Party, Arrested Development and Being the Ricardos star Alia Shawkat.

“I feel honored and lucky that the first time I get to show in a public space is in my town,” says Shawkat, adding, “A lot of the work was made in quarantine and the last year, so the inspiration comes from a different silence I’ve been able to have with myself; unconscious ideas and themes of touch and the lack thereof.”

Spring/Break was founded in New York in 2012 by artists Ambre Kelly & Andrew Gori.

5880 Adams Blvd., springbreakartshow.com, tickets from $150 for a first-look VIP ticket and full-week pass to $30 for a day pass; proof of vaccination or a negative COVID-19 test required.

Opening reception for I Do My Own Stunts, the first show in L.A. by Spazio Amanita gallery. Featuring all-female painters including Karyn Lyons, Kylie Manning and Alaka Shiling, the exhibit is co-curated by Caio Twombly and collector Jack Siebert (the son of Gersh’s Leslie Siebert and Lighthouse Entertainment’s Steven Siebert).

Opening reception for This must be the place, an exhibition at Various Small Fires gallery (812 N. Highland Ave.) of ten oil paintings by Chicago-based artist Will Gabaldón.

Opening of the new show Force Majeure at The Lodge (1024 Western Ave.)

Opening of a new exhibition of works by Loïc Raguénès at Clearing in Beverly Hills.

Opening reception at 1301PE (6150 Wilshire Blvd.) for a show of new paintings by Blake Rayne.

Coffee reception at David Kordansky Gallery (5130 W. Edgewood Pl.) to celebrate a new limited-edition book by artists Jonas Wood and Aubrey Mayer documenting Woods’ process of creating his 2021 painting Hanalei Bay, featured in the gallery’s current show Plants and Animals. Collector, writer and producer Maria Arena Bell says the exhibit is a must-see. “These paintings include plants and animals and members of his family portrayed in a way that’s both personal and universal,” says Bell, calling Wood “the Hockney of his time.”

Opening reception at Tanya Bonakdar Gallery (1010 N. Highland Ave.) for its new exhibit of paintings by Olafur Eliasson, your light spectrum and presence.

Dries Van Noten, Jeffrey Deitch and White Cube collaborate to present the exhibition, Raqib Shaw in Tales from an Urban Garden, at The Little House (451 N. La Cienega Blvd.) with works that draw on his London studio garden.

The California African American Museum (600 State Dr.) opens the show Troy Montes-Michie: Rock of Eye, the artist’s first museum solo exhibition, which includes works informed by the 1943 Zoot Suit Riots in Los Angeles. The exhibit is a collaboration between CAAM and the Rivers Institute for Contemporary Art & Thought in New Orleans. On the same day, the museum sponsors a conversation between the artist and Black feminist theorist Tina Campt. 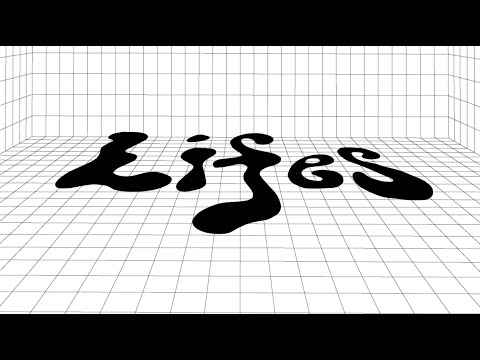 The exhibition, William Wegman: Up Down Up and Harmonics opens at Marc Selwyn Fine Art (9953 S. Santa Monica Blvd.).

Oxy Arts — Occidental College’s public art space dedicated to community organizing and social justice (4757 York Blvd.) — opens EJ Hill: Wherever we will to root, the artist’s first solo institutional exhibition. “Hill embraces the painterly tradition of floral representation, reframing the painting process as the work — in this case the work of care, a therapeutic mechanism for healing, rehabilitation, and even resistance,” per the exhibition statement.

Private cocktail reception for The Future Perfect’s new exhibition Momentary Pause at Casa Perfect Los Angeles, housed in a 1971 Beverly Hills Residence. Works on show include cotton paper lantern sculptures by Bradley L. Bowers and ceramic sculptures and stools by Reinaldo Sanguino. Open house will be Thursday and Friday from 10:30 a.m. to 4 p.m.

Press preview at Mirus Gallery (1922 E. 7th Place.) for the new show, The Awakening, featuring more than 100 pieces by the Austraian graffiti artist Nychos (whose mural of Spongebob Squarepants is at Nickelodeon Animation Studios).

Half Gallery opens a show at a seasonal space in Los Feliz with nine new works by Maud Madsen.

NeueHouse and The Cultivist host a luncheon for Mexican American artist Lilian Martinez at NeueHouse Hollywood.

Invite-only conversation at Gagosian Beverly Hills with Percival Everett and Cord Jefferson to celebrate the former’s new book Grand Canyon, Inc., which is paired with a work by Richard Prince and is the latest release in the gallery’s Picture Books series.

Jeffrey Deitch (925 N. Orange Drive) debuts Luncheon on the Grass, a group exhibit of contemporary works made in response to Édouard Manet’s Le Déjeuner sur l’herbe. Says collector and writer/producer Maria Bell, “The artists span a huge group of different ages, genders and backgrounds, and yet they’re all looking at what was at the time a radical painting that broke every rule.” Artists in the show include Cecily Brown, Jeff Koons, Paul McCarthy, Mickalene Thomas and Robert Colescott.

Charlie James Gallery (969 Chung King Rd.) presents the debut solo show, I’m Starting to Forget,  of L.A.-based Danie Cansino, featuring the artist’s chiaroscuro oil paintings and drawings in ball point. The centerpiece of the show is From 3rd to 5th Street, depicting a mother and her kids gathered by an ice cream truck.

Artist talk at Luis de Jesus (1110 Mateo St.) with Rodrigo Valenzuela and Ken Gonzalez-Day, who each have current exhibits at the gallery.

Opening reception for Anne Appleby: A Hymn for the Mother at Parrasch Heijnen (1326 S. Boyle Ave.)

In a recently opened Los Angeles exhibition space inside a midcentury house (8260 Marmont Ln.), Albertz Benda and Friedman Benda present The Endless Summer, a group show works by Chris Schanck, Daniel Arsham and other artists from the galleries’ rosters.

Maddox Gallery hosts an artist talk and exhibition tour with Ruth Pastine, whose works are highlighted in the show Inner Eye, along with pieces by Sali Muller. Both are open to the public.

A version of this story first appeared in the Feb. 11 issue of The Hollywood Reporter magazine. Click here to subscribe.